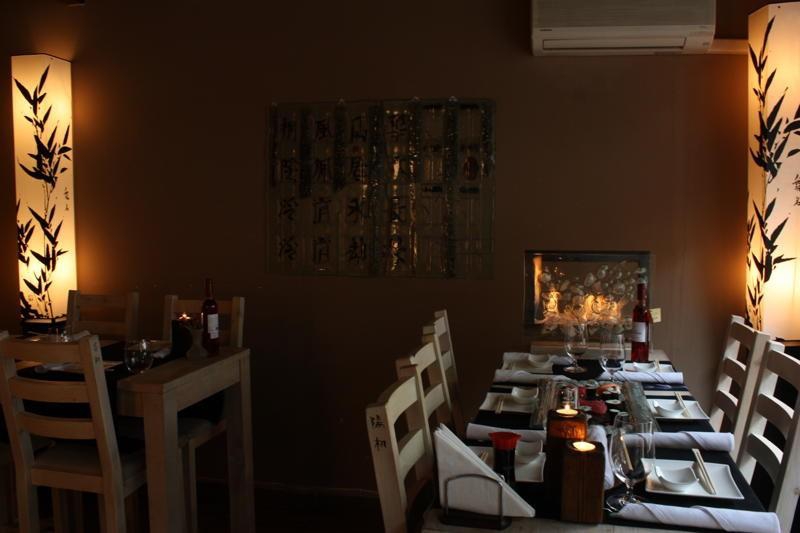 The first Japanese fish restaurant in Sofia will surprise you with the best of the modern Japanese cuisine. Apart from the famous sushi, the menu will also include the traditional miso soup, exotic salads, shrimps, cooked in various ways, crabs, crab pincers, the amazing Saint Jacques clams, the famous Japanese Tempura and the Hamachi fish, the natural habitat of which is the Pacific Ocean - between Japan and Hawaii.

Hamachi diversify the menu with new proposals, according to the season.

The restaurant entrance is covered by a pergola, made in the style, typical for the Japanese gardens. The decoration is made of birch branches and an abundance of flowers. After entering the restaurant, the guest finds him-/herself in a room with high tables, at the far-end of which the Sushi Master prepares Japanese specialties and sushi. The room has a neat interior, the highlight of which are the lamps, designed by the designer Yasen Panov. The second room is the winter garden of the restaurant - a place with incredible atmosphere and Eastern spirit - bright, transparent roof, a Japanese garden in the centre, arranged around a real living tree, spectacular lighting and a fireplace. In summer, part of the winter-garden roof is removed and it is transformed into a cool open-air terrace.

HAMACHI has also a small room /Tatami room/ with a typical Japanese table and floor seats for about 8-10 people.