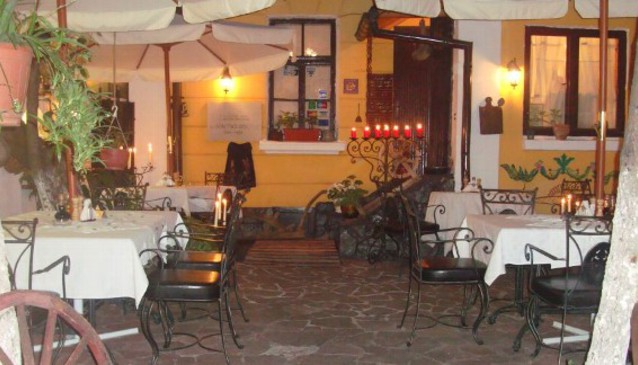 Manastirska Magernitsa: A mouthful to pronounce, but a real hidden gem in the city of Sofia. Translated as The Monastery Kitchen, this quaint little Bulgarian restaurant offers a charming dining experience.

As its name hints, the menu is made up of recipes collected from monasteries and villages across the country, giving it a real traditional charm. Apparently Bulgarian monasteries are not short on recipe ideas either, because the extensive menu at Manastirska Magernitsa is as thick as a small book.

The restaurant is housed within a 19th century town house and inside it showcases traditional Bulgarian décor. In the summer it also opens its garden for alfresco dining among the leafy foliage. The resident musicians will often play traditional Bulgarian music to accompany your meal, creating a pleasant, romantic atmosphere in the summer evenings.