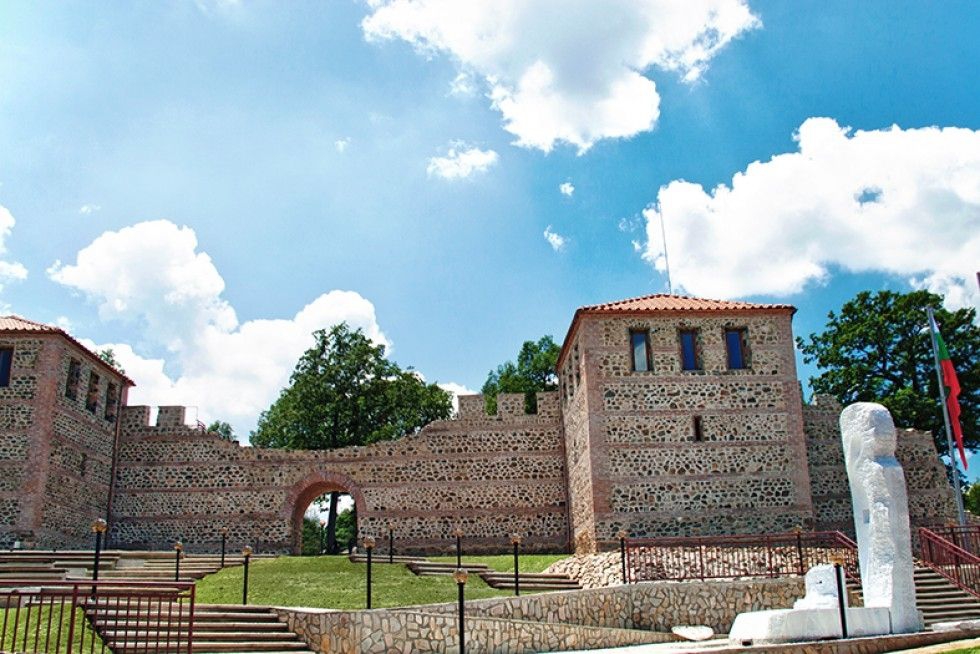 Tsari Mali Grad is a cultural and historical complex located in Belchin village, near Samokov. It is built on top of a hill, known as Sveti Spas (St Spas) mount, which carries the ancient history, myths and legends of the area. It is believed that the mount was a part of a bigger settlement known as Tsari Mali Grad 'little tsar's/king's town' though some enthusiasts go even further and interpret the name as 'little Tsarigrad', that is Constantinople. It is said that only a couple of centuries ago the remains of white walls and towers could still be seen and reminded people of the beautiful Constantinople. The archeological dig in the area produced a number of interesting findings. It was proved that the ancient Roman fortress had later expanded into a busy fortified settlement with a big religious complex.

The area is popular among the locals with its spiritual and religious powers and traditions. For centuries it has been used for worship and various sacral rites and observances have taken place here. The remains of ancient Thracian shrines and sanctuaries and early and medieval Christian missions and temples were found here. Some of the latter were literally built on top of one another. Basilicas transformed into churches, chapels became church naves. It is said that the local population used to come here for religious celebrations for as long as the 1970s. There used to be a big stone cross under the trees and people would gather here on St. Spas' day, that is Ascension Day, to praise God and indulge in kurban (a communal meal, part of a Christianized animal sacrifice).

Nowadays we can see restored and conserved parts of the fortress, mainly the towers, as well as part of the wall and the main gate. The newest of the churches, the 15th c. Church of Ascension has also been brought back to its full flair. There are 4 key expositions - Ancient History, Customs and Occupations, Ceramics, Numismatics - which introduce the visitors to the archeological findings and reconstruct the past before their eyes.

Tsari Mali Grad lies only 53 km south of Sofia, 15 min drive from the world famous Borovets ski resort and less than 2 hours from Plovdiv. 2 paths lead from the village, one is terribly steep and the other is very long, but flat. There is a newly built rope theme park in the forest on the way there, a great attraction for kids. Few eco trails run by and offer memorable experience with the nature, history and culture of the region.