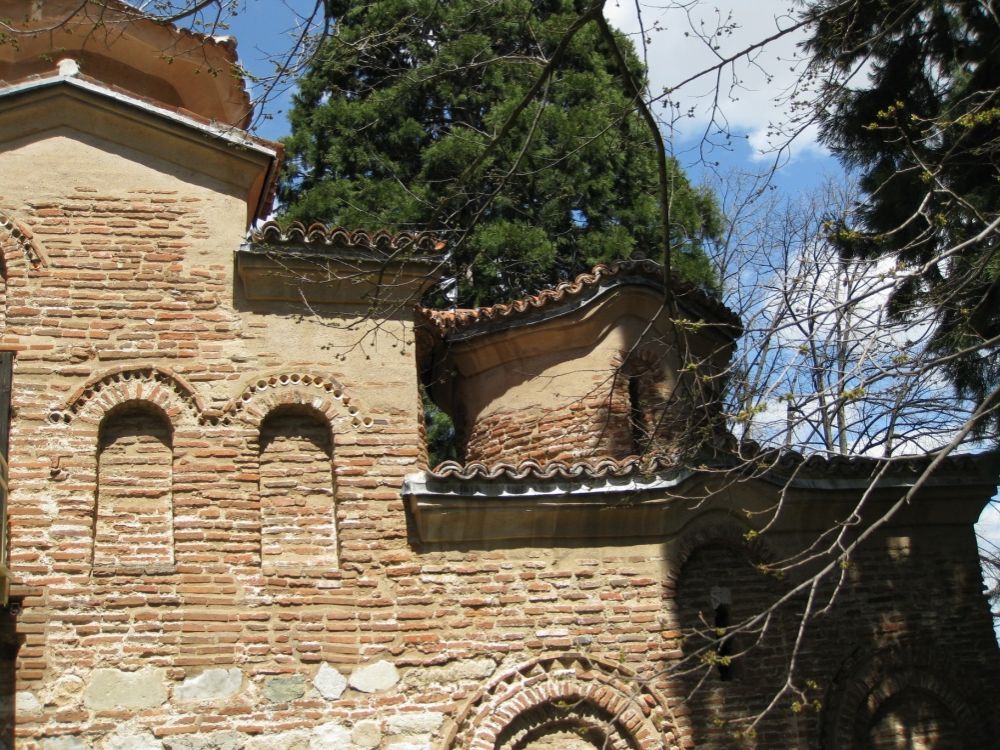 Located on the outskirts of Sofia lies Boyana Church, an old Medieval Orthodox Church, which is on the UNESCO World Heritage List and a living testimony of the Bulgarian contribution to European Culture. The church comprises of 3 buildings constructed in the 10-11th, 13th and the 19th century respectively and decorated with murals. The 13th c. paintings are an early example and predecessor of the icon-style painting which was later adopted and widespread in other European countries.

The oldest church, also known as the First Church or the East Church dates back to the 10th c. It was originally built as a chapel, entirely of brick, in the shape of a Greek cross with a dome. The church bears the decorative elements of the period - beautiful brickwork with rows and patterns outline the blind decorative arches on the outside - there are 3 of these on both the north and south facades, central arches are higher than the side ones. Light reaches the inside of the church through several long narrow openings in the dome and walls to reveal the murals. The whole inside surface of the First church is painted with murals. A second layer was applied during the 18th c. therefore the original frescos can be seen only in few places where the upper layer has been removed and shows what is underneath.

The Second 13th century church was built as an extension of the First church. This is a 2-storey building with a direct access from the old church and annexed to its western wall. The first floor is bare and has only 2 niches in the walls which leads to the suggestion that it was planned for a family tomb. An outside mobile staircase leads to the second floor which was presumably used as a chapel and in case of danger, the staircase was removed and the chapel transformed in a defense tower. The outside decorations follow the pattern of the First church with the figural details and arches on the walls but show some new techniques. The mixed masonry works a combination of white stone and red brick decorated with tiny shiny ceramic 'cups'. One of the arches on the southern wall is bigger because it was used as an entrance to the chapel.

The Third church was built in the 19th c. during the Revival period. This is the annex which we now enter first and the biggest of the 3 churches. It is said that after the Liberation in 1878 the local population wanted to demolish the church and built a brand new bigger one. Tsaritsa Eleonora came to its rescue, and with the help of her husband Tsar Fedinand, provided the village people with another plot to build on. The royal family ordered the beautiful little park around the church where unusual (for this latitude) species like the grand sequoia trees were planted.

Nowadays the Boyana Church has been restored and is functioning as a museum with working hours daily from 09:00 till 17:00 in winter and from 09:30 till 18:00 in summer.

Please check direct for their special discounts for groups, children and students and combined passes.

Guided tours for groups in Bulgarian, English, German and Russian are provided at extra charge.