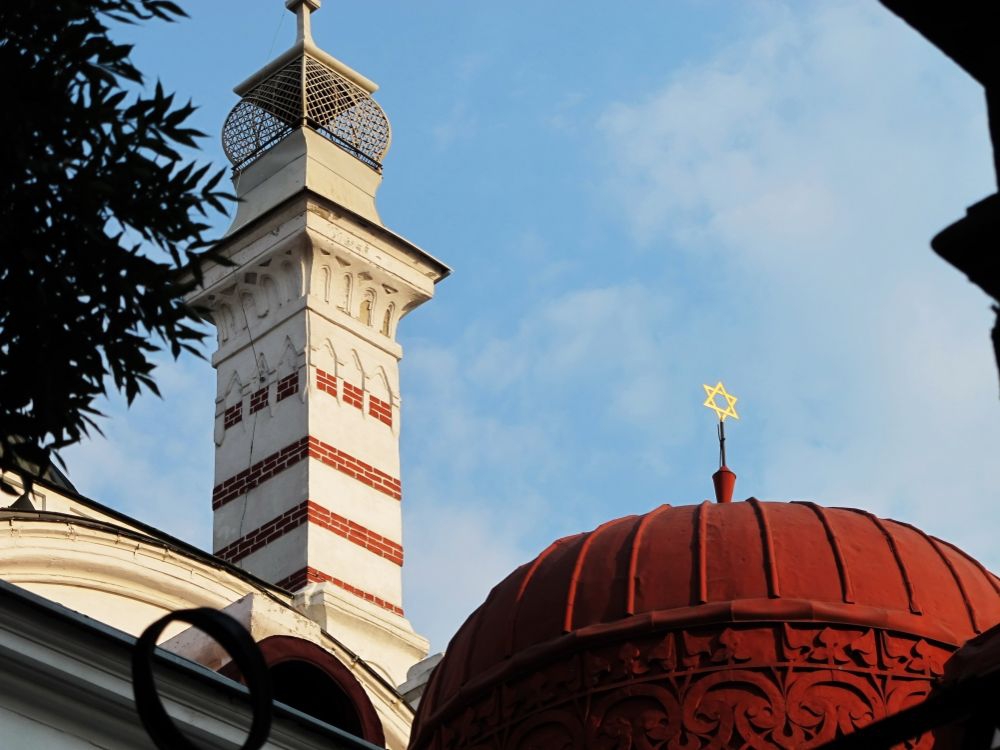 Shalom and welcome to the biggest Sephardic Jewish temple in Europe - the Sofia Synagogue. It is open Monday-Friday from 9:00 till 13:30 and from 14:00 till 16.30. The entrance fee is symbolic (plus people under 18 go in for free) and the guided tour (comes in several languages) is included in the price. This is a formidable building (holds over 1000 worshippers) located in the center of Sofia in the close proximity of 3 other religious centers - the Mosque, the Catholic church and the Sveta Nedelya Eastern Christian Orthodox cathedral. The unusual concentration of 4 functioning religious centers (3 of which the only of their kind in the capital) has brought a special name to this area of town, namely The Square of Tolerance.

Sofia Synagogue features a temple, a library, a museum where you can find additional information about the life and traditions of the Jews in Bulgaria and a souvenir shop. The building was raised at the beginning of the last century and is one of the richest and most beautiful constructions in Sofia. The decorations, the large menorah and the 2+ tons brass chandelier were all brought from Vienna. Intense restoration and conservation works have been going on in the last few years thanks to the community's donations and the sponsorship of the Doron Foundation of Israel.

The area of town where the Synagogue lies is one of the liveliest and there is an oriental feeling about it. There are many small shops and fast food places, the Women's Market is nearby, as well as major sightseeing spots and government and public buildings. The Central Coach and Railway stations are less than 30 min walk away and there are excellent tram and Metro connections.