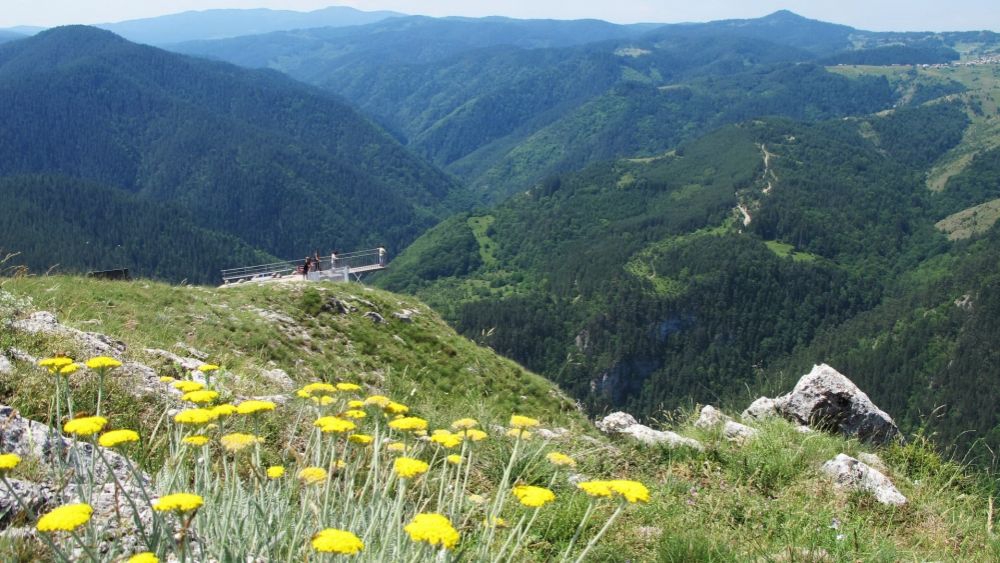 Orlovo Oko (Eagle's Eye) is a sightseeing platform built at 1563 m above the sea level, next to the St Ilia peak in the Rhodope mountains and close to the village of Yagodina and the famous Yagodinska cave. This is a steel construction that raises 670 m above the picturesque Buynovsko gorge with its winding river and a road that runs along it. It can be reached on foot, by jeeps or by mountain bikes, the trail begins at the exit of the village of Yagodina in the direction of Trigrad and then follows the mountain ridge.The magnificent sightseeing spot reveals stunning views of the gorge and the nearby villages, as well as the Bulgarian and Greek mountains and peaks in the distance. You may be lucky to spot a golden eagle or wild goats who are among the most attractive inhabitants of this part of the Rhodope.

Orlovo Oko lies about 2 and a half hours drive southwest of Plovdiv, an hour more if you are driving from Sofia. It can be easily combined with visits to the Trigrad Gorge, the Devil's Throat and Yagodina caves, the picturesque villages of Yagodina and Trigrad and with a pampering weekend at one of the spa hotels in Devin where mineral water and spa treatments will release the stress and fight the fatigue.