“There I was on a July Morning

With the strength of a New Day dawning

And the beautiful Sun….”

Singing together with John Lawton of Uriah Heep

The sea is life, music is love and the sun is freedom. This is what I realised in the early hours of 1 July 2012 while I was standing on the rocky cliffs near the village of Kamen Bryag, gazing at the first sun rays on the horizon, singing the lyrics to a song I had known since high school. Call it an epiphany, call it cheesy sentimentality, call it whatever you like, it doesn’t matter. I am not planning on explaining my thoughts here, anyway. I just want to talk about an event that had great impact on me.

OK, where was I exactly and what was I doing there? Well, my friends and I went to the coastal village of Kamen Bryag in the northeastern part of Bulgaria to celebrate July Morning… you know, the famous Bulgarian tradition?

It first took place sometime in the 1980s when on July 1 a group of young Bulgarian enthusiasts decided to organise a symbolic protest against the Communist regime that reigned over the country during that time by gathering together on a sandy beach, waiting for the sun to come out, and drawing inspiration from the emblematic rock ballad July Morning by Uriah Heep (hence the name). It was a simple but powerful tradition so it caught on and people started celebrating it everywhere. And some thirty years later I decided to see what it was all about, too. 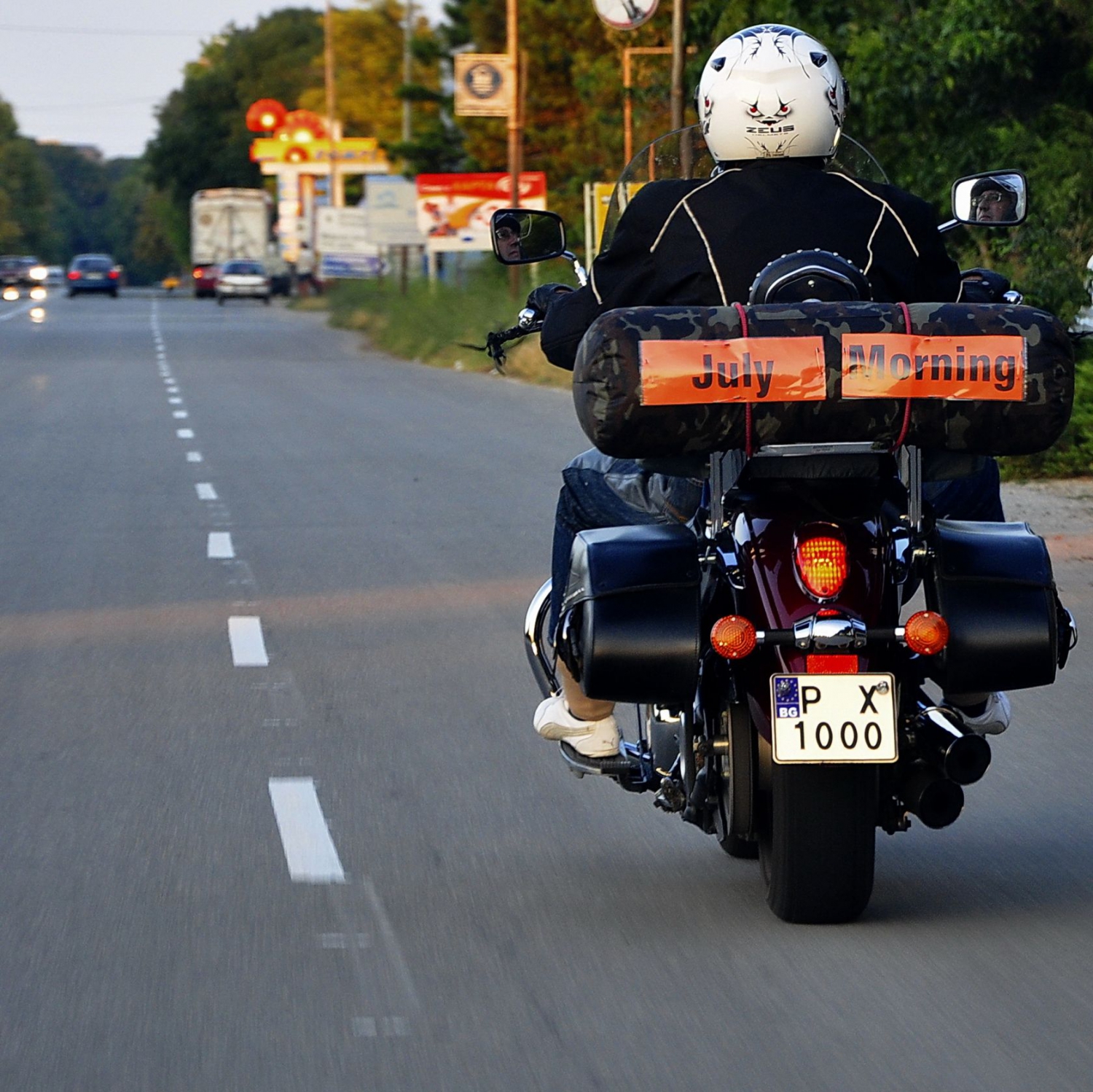 It’s not about Communist oppression anymore, that’s for sure. The flawless beauty of nature and music are more important now than plain politics. Ah, yes, the whole thing wasn’t as chaotic and messy as I had thought it to be either.

First of all, the happening had a name: July Morning Fest, they called it. It came together with a genuine rock scene for the bands to play on and a whole bunch of security guards. Their task was the most difficult one: the area was bustling with curious people who never stopped marveling at the stunning views of the vast Black Sea and the sheer cliffs that rose 50 metres above the frothy waves and they had to make sure no one got hurt. They had even put caution tape so as to prevent fans from getting too close to the edge of the rocks. Isn’t this a bit too much, I thought. Turns out, it wasn’t. Some locals told me that several people had plummeted to their deaths in previous years so the safety measures were absolutely imperative.

We travelled there by car - this was the easiest way. We took the shortcut from Varna through the village of Kichevo, which wasn’t busy at all and unveiled some breathtaking scenes of endless sunflower fields. Of course, the traditional route that runs through Golden Sands, Kranevo and Albena sea resorts was also an option.

The town of Kavarna was the only place where we stopped to grab a quick bite before we reached the little village of Kamen Bryag. Today it is commonly known as the rock capital of Bulgaria and it hosts Kavarna Rock Fest, one of the biggest music festivals in the country. Besides, I think it is the only place on Earth that has a heavy mayor instead of a regular one. I am not kidding. 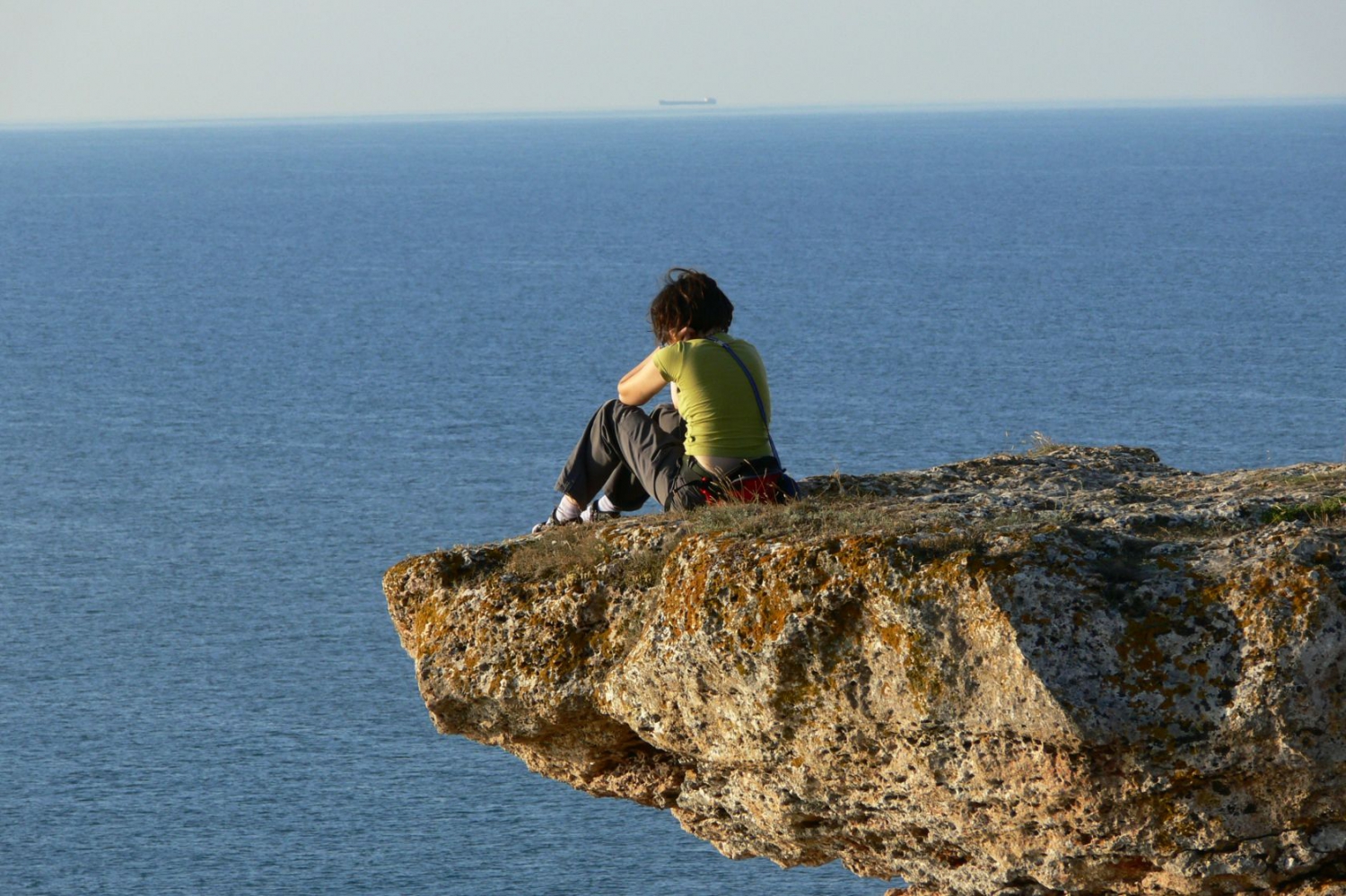 When we got out of Kamen Bryag we had to take a dirt road that took us to the rocky beach where the event was to take place. There was never a chance of us getting lost, even without the help of the GPS: the region was full of people who were all headed in the same direction - towards the big grassy plateau over the rocks where in less than 20 hours we would see the rising sun. When we finally got there, for a minute I felt as if I had been teleported to the set of Hair. The place looked like a real hippie camp with all the tents, cars, motorbikes and people fooling around, drinking beer, listening to rock music, laughing, setting up improvised barbeques and generally enjoying themselves.I wasn’t disappointed or scared. I was excited.

After this initial shock, we pulled ourselves together and set out on a quest to find the best possible spot to pitch our tents. It was not a particularly easy job because we arrived late and all the good spots with views of the sea had already been taken. We were later told that you should come before noon if you want to get a better place. Eventually, we did find an OK chunk of land to build our camp on. So we made ourselves comfortable and started listening to the sound check that was going on the stage.The concert wouldn’t begin before dawn.

Although we came for the sunrise, the sunset was extremely impressive as well. The moon appeared on the dusky sky immediately after the sun hid behind the rocks and drew a fabulous golden path across the tranquil sea. Soon after that it disappeared too though and the night became as black as pitch. All the clamour faded out. Maybe everyone was just lying quiet on the ground staring at the starlit sky, I don’t know, I couldn’t see anything. As the night progressed it became colder and colder. The strong breeze coming from the sea really made me regret my decision to leave my winter jacket at home. But then again, who would have thought it would be that chilly in the middle of the summer. Not me, obviously. 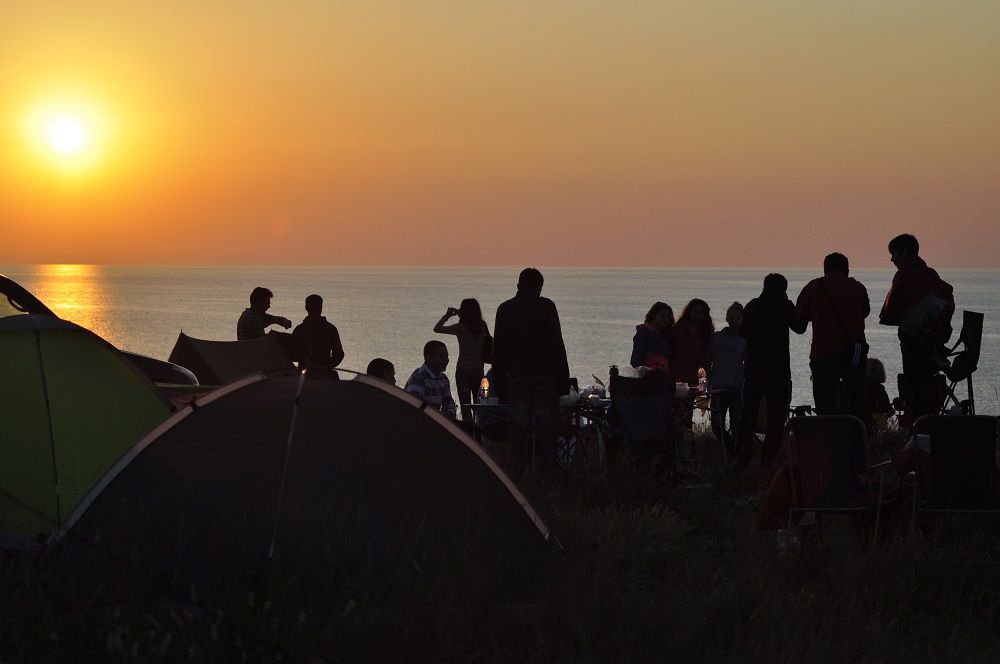 It was really, really quiet for a while. Then, at about 3.30 in the morning: HEY, TIME TO WAKE UP AND PARTY, GUYS!, somebody shouted from the stage and the band began to play. The concert was on. One hour later, as the music was getting louder, the sky gradually changed its colour from black to greyish-purple.

At 5 a.m. John Lawton appeared on the stage and started his gig. Every single soul was awake by then, anticipating the culmination. At 5.20 I heard the opening chords of July Morning. Minutes later I was singing… together with John, together with my friends, together with everybody… but at the same time I was oblivious to everything that was going on around me. The moment of clarity for me came when the sun started breaking through the grey gates of the horizon. It all dawned on me, literally.

The sun came out fiery red. “That’s why we are here!”cried Lawton. He was right. People were hugging and kissing, dancing and rejoicing as the sun was climbing higher and higher in the sky. Everyone was taking photos of this moment, trying to capture the magnificent sight with their fancy cameras and expensive lenses. You can’t put eternity into a frame, I thought, you can only be glad that you had the chance to witness it with your own eyes.

The concert didn’t finish before 7 o’clock. Everyone took part in the fun. Even the mayor of Kavarna joined the party and performed a couple of songs on stage. The sun was getting brighter and warmer.When the music was over the campers started packing quietly. I could see their tired, smiling faces as they were getting in their cars and on their bikes. I knew why they were so happy. I was happy for the same reasons, too: the sun, the music, and the sea. 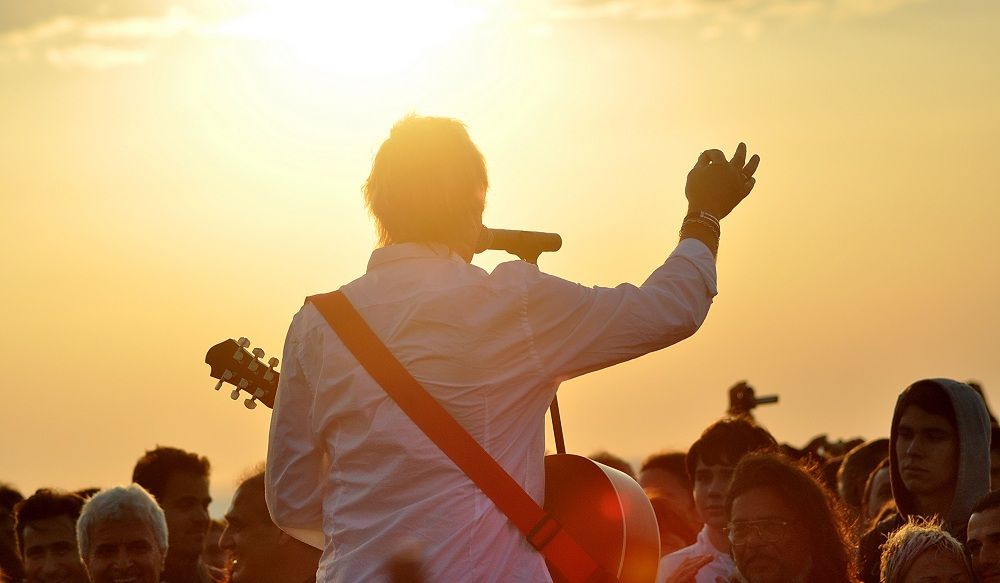