A Ski Resort During the Summer

What do we know about Bansko? Skiers and snowboarders know Bansko as one of the best locations for skiing and snowboarding not only in Bulgaria, but in Europe as well.

Travel guides give the following bland description: "Bansko is located at the foot of Northern Pirin Mountain, 927 metres above sea level and 150 km from Sofia. Pirin National Park is situated nearby the town of Bansko where the Glazne River passes through the town. The landscape is mountainous and snow remains substantial from December until April. The alpine nature of Pirin Mountain guarantees excellent conditions for professional and amateur ski sports."

But for the fans of alternative tourism Bansko has a completely different face – jazz nights under the clear starry skies, indulgence of local specialities, and hikes through the scenic mountains...

A walk in Bansko

Even if you have not booked a hotel, it won't be difficult to find accommodation, especially during the off-peak season – from authentic family houses to big luxurious hotels. Once you've secured your accommodation you can take a walk downtown and look at the dated houses and the renaissance architecture. One of the symbols of Bansko – Sveta Troitsa Church (Saint Trinity Church) is situated in the central area. Previously in 1810 when the construction of the church began, one of the requirements of Turkish laws (Bulgaria was under Turkish control then) was that the church may not stand taller than the mosque. In order to have a grand and extravagant church, the locals tackled this issue rather diplomatically – they agreed to include Islamic symbols within the church. As a result the large stone above the central entrance of the church features a cross, with the addition of a crescent and a star on either side. This feature still remains visible even to this day, and represents how two opposing religious practices can co-exist in a calm setting.

Neofit Rilski House Museum is located nearby the church. You can see all its architectural glory which was typical of the time, and characterised by symbolic features including low doors, escape tunnels, and fortress-like fences. 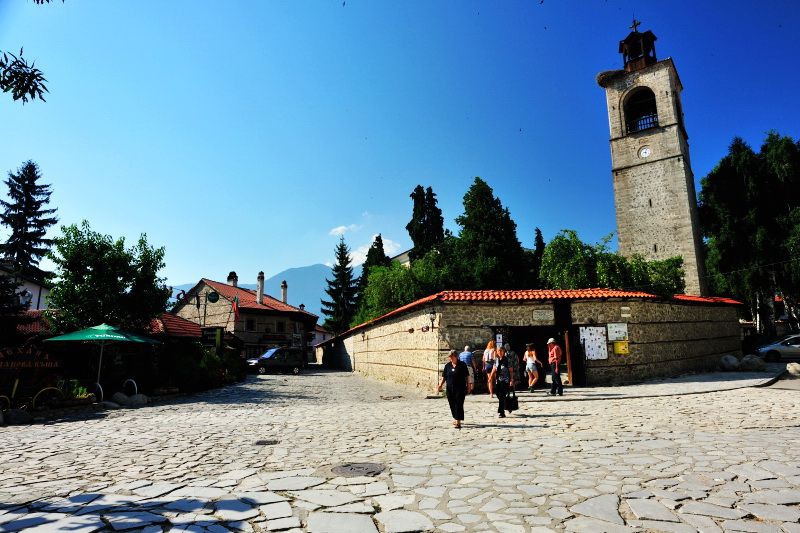 Bansko is well known for its traditional cuisine too. To experience this, the old tavern is perfect for a culinary experience that has preserved the spirit and charm of the 19th century. Here you can enjoy wholesome dishes such as Bansko kapama (a meal cooked in an earth pot with different types of meat and vegetables), chomlek (beef with potatoes and onions cooked in an earth pot), cheverme (a whole pig or lamb roasted on an open fire), Katino meze (pork stewed with mushrooms and onions), Banski starets (minced dried pork sausage with spices) and many more meat and milk delicacies made at the foot of Pirin Mountain.

Bansko jazz festival celebrates its 15th anniversary in 2012. The festival is organised traditionally in August and attracts visitors from a global following. It was my first festival and I was pleasantly surprised. The festival consists of world famous jazz musicians for the entertainment of the visitors to the town, for a period of one week. The stage is in the town square in front of the Mayor's Office, there is no way you can avoid it. The concerts usually start at around 7:00 pm and finish long past midnight. No tickets are issued, you just find a comfortable position in the square and enjoy the outstanding performances from Mungo Jerry Blues Band (England), Yildiz Ibrahimova, the Doyle Band (United Kingdom), Big Lenny Power Exson (USA), Champian Fulton Trio (USA), Jazz Connection (Holland), Seven Kings (France) and many more. After-parties are organised in various hotels in Bansko for real hardcore music addicts.

For the early-rising music fans a stroll through the tranquil Bansko area is the ideal activity to clear your head and prepare for another epic night of music. Here are several suggestions that can be explored:

A hike around Vihren Peak

Travelling 16 km by car via an asphalted road will arrive at Vihren Hut, which is the starting point for the majority of hikes in this area of Pirin Mountain. The air is crystal clear, the views are breathtaking, and the mountain tempts you into making a decision into which peak will be your nemesis, as a variety of routes are available for all levels of hikers. Specialist equipment is required for some of the hikes: Vihren Peak (3 hours), Koncheto (4 hours), Muratovo Lake (1 hour), Sinanitsa Hut (4 hours), and Trevno Lake Shelter (6.30 hours). There are other natural sights around the hut where you do not need any preparation to enjoy them – Okoto Lake (0.15 hours) and Baykusheva Mura (white fir tree) (0.20 hours) which is the oldest coniferous tree in Bulgaria dated at almost 1300 years old. Do not forget your camera; the photographs will store as a digital memory of this beautiful natural park. 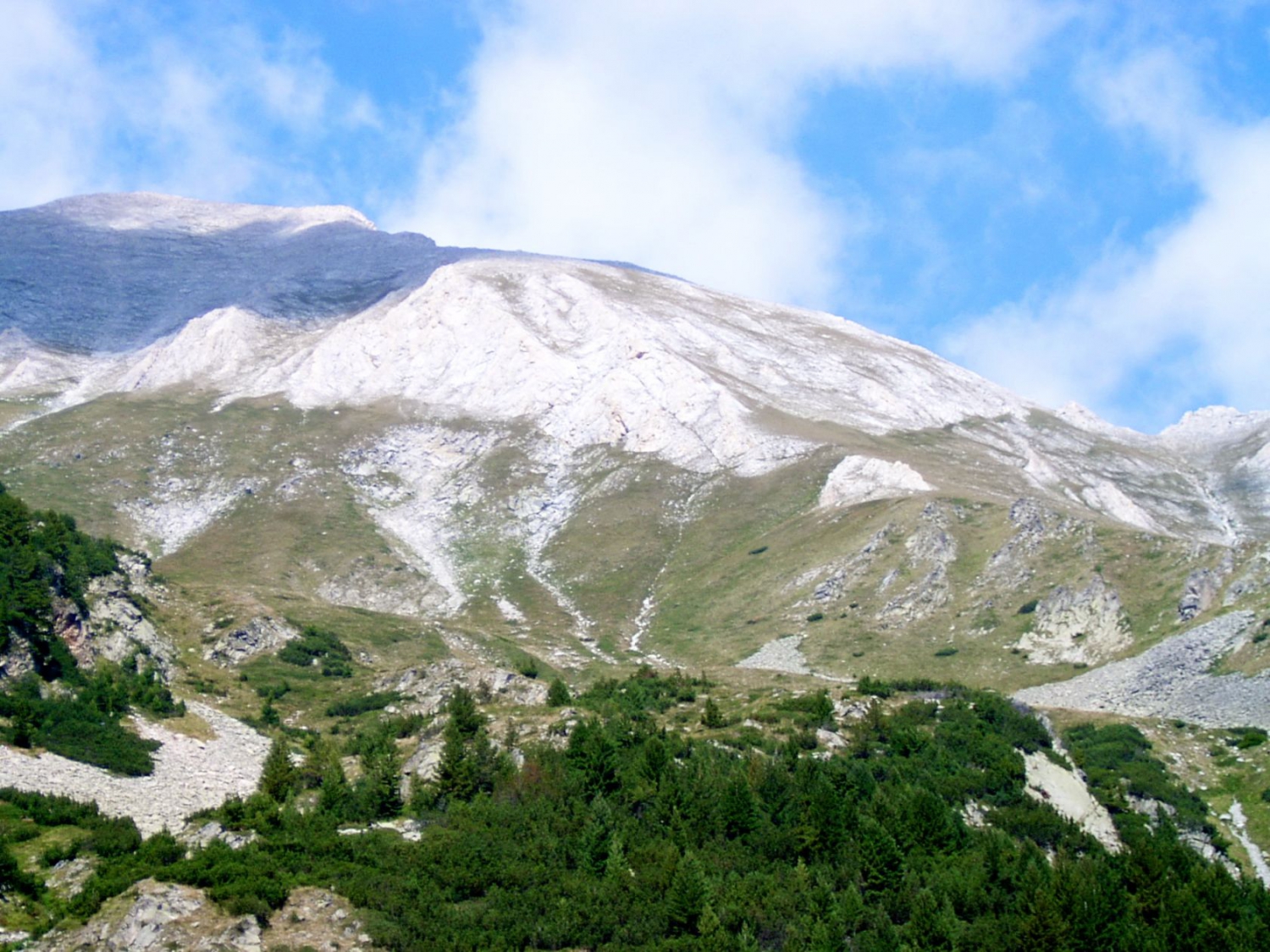 A trip to Dobarsko Village

Dobarsko Village is at the foot of Rila Mountain, 20 km to the west of Bansko and it is famous for its tangible and intangible heritage. The most renowned attraction in the village is Saint Teodor Tiron and Saint Theodor Stratilat Church, which was developed in the 17th century. It is believed that one of the icons the Ascension of Christ depicts Jesus in a space ship, which is a unique spectacle. Another sight to see in the village is the 30-metre high Shtrokaloto Waterfall. If you have several hours free, you can hike along the Path of the Cock of the Wood, the Path of the Rila Cowslip, or the Century-old Tree.

Over recent years, Dobar's Grannies, who are keepers of the local traditions and customs, have also become a popular attraction. They are regular winners at folklore events and festivals. If you make a special enquiry, the village can arrange for a tourist welcome event with a folklore demonstration in the patio of the old church: this involves songs and dances, the presentation of the traditional customs, and combined with a tasting of the local cuisine.

The jazz festival in Bansko this year coincided with another popular event – the folklore festival Pirin Sings, which for years has attracted many foreign visitors, who are impressed by authentic Bulgarian folklore. A significant amount of tourists return to Bulgaria regularly just because of this festival. It takes place at the end of July or the beginning of August (on Saturday and Sunday) every fourth year in the beautiful Predela Area, located between Rila and the Pirin Mountains. For two days, at several stages hundreds of amateurs from the Pirin region have the opportunity to present Bulgarian folk songs, dances, traditions, rites, crafts and, of course, beautiful Bulgarian costumes. The festival is a competition and demonstrates the most original and impressive performances at the closing ceremony. 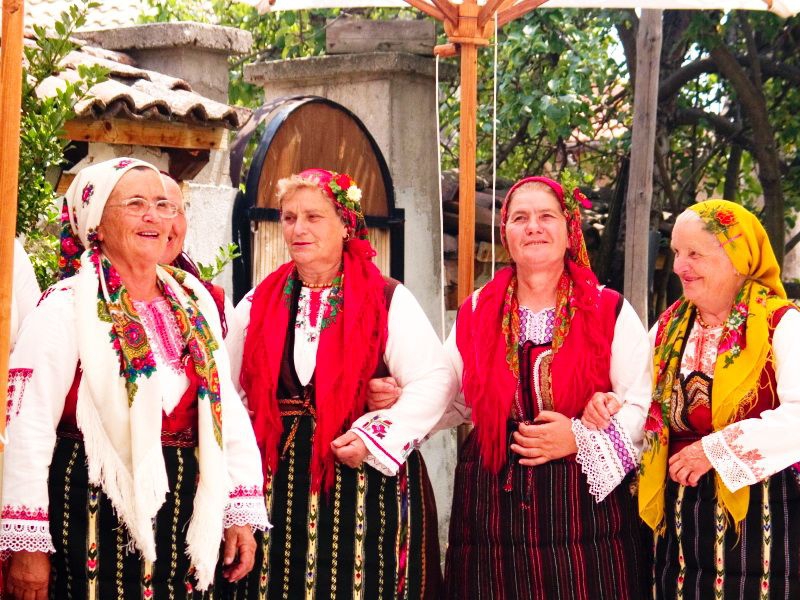 Belitsa and the dancing bears

An interesting place to visit near Bansko is the dancing bear’s rehabilitation park. Here you can observe the behaviour of the largest predator in Europe in its natural environment. The park is situated in Southern Rila Mountain, in the area Andrianov Chark in the town of Belitsa, located 32 km away from Bansko. The concept of the park is to allow bears to thrive in their natural habitat which have traditionally been used by the Bulgarian bear trainer gypsies to collect alms – the bear trainers play music on a rebeck or another instrument and the bear dances, with no harm to the animal occurring.

The park opened its doors in 2000 and gradually all Bulgarian dancing bears taken from their owners were brought here. Even bears from Serbia have been rehabilitated in the park over the past few years due to this vicious practice of inhumane treatment of this animal.

Whatever activities you chose to do during your visit to Bansko in the summer, there will always be a reason to keep coming back. 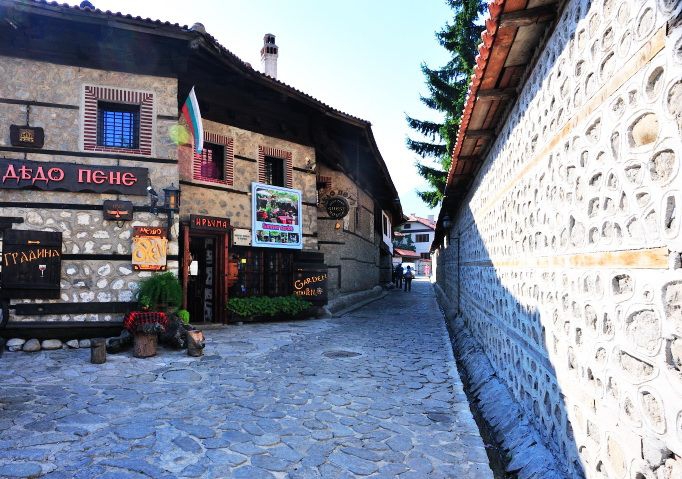