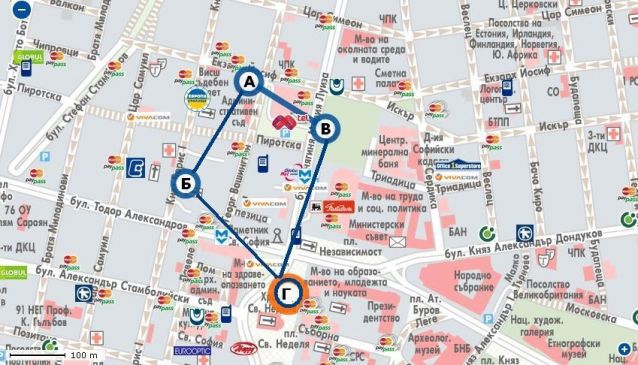 The Square of Tolerance

A mosque, a Catholic cathedral, an orthodox church and a synagogue, all four within few minutes walk of each other in the very center of Sofia - this is the so called Square of Tolerance. The temples of the 4 major religions in this part of the world are all functioning and supporting the huge congregations of residents and guests to the capital of Bulgaria. Each of them has a story to tell and all of them are equally respected by the Bulagarians. Banya Bashi Mosque was part of a bigger complex featuring a big public baths building (still here but not functioning), hence the name 'banya'= 'bath'. The Sveti Yosif (St Joseph) Catholic Cathedral was completely destroyed by the Americans in a bombing of Sofia during WW2 and was rebuilt only recently. The synagogue is the biggest Sephardic temple in Europe. And the Sveta Nedelya Cathedral was blown in an assault carried out by the Communist Party in 1925. The authorities and the citizens of Sofia deeply value and proudly show the Square of Tolerance to the visitors of the Bulgarian capital.