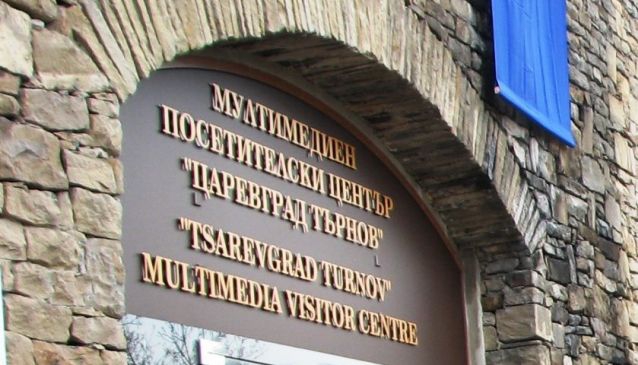 The Multimedia Visitor Center 'Tsarevgrad Tarnov' is one of the most recent acquisitions of the citizens and visitors of Veliko Turnovo. It is home to a unique exhibition of wax sculptures, in the form of medieval Bulgarian characters. All 28 pieces are accurately presented in authentic settings. Multimedia is also used to bring to life the detailed descriptions and explanations.

Pass by the statue of a medieval guard at the entrance and take a step back in time. You will first come to an ordinary household dwelling, followed by a medieval chapel. The next stop is the throne hall of Tsar Ivan Assen II. The scene represents a foreign envoy's reception. According to the Bulgarian royal protocol, the tsar, the tsaritsa, the patriarch and a member of the Boyar Council are present. We move on and see an exciting reproduction of the Tsarevets fortress defence battle as well as the clothes and arms from that period. The trade guilds are also presented with 3 interesting statues - a blacksmith, a potter and a mason at work.

The second floor houses the inspiring scene of Tsar Kaloyan's coronation and the battle of Adrianopole. Another group of figures depicts the building and painting of a church closely monitored by the Boyar sponsor family. Last but not least, we can see the figure of a wise historian, taking down records of all the events taking place in the Royal City.